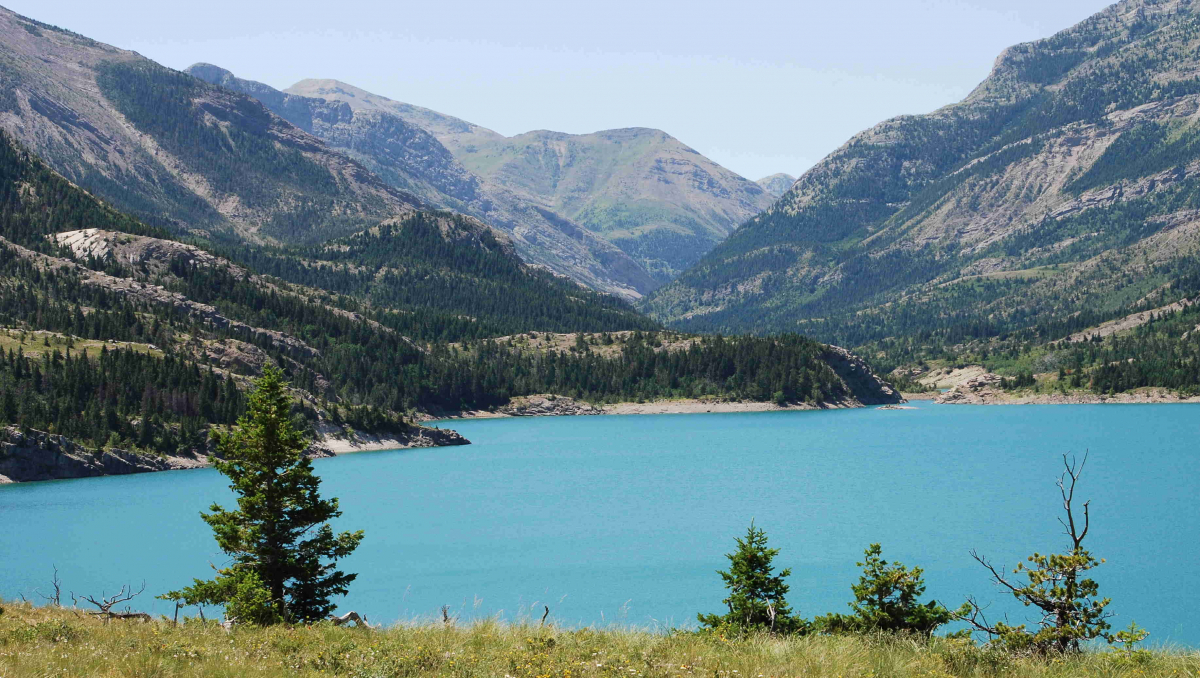 A Lazy H Outfitters is located just outside of Choteau in north central Montana. Choteau sits 20 miles east of the Rocky Mountain Front and 50 miles west of Great Falls.  The mountain front is the beginning of the Lewis & Clark National Forest.   It is at the junction of US Highways 89 and 287. US 89 is commonly called the "Park to Park" highway as it goes from Yellowstone Park in the south to Glacier Park in the north.  The town's charming Main Street includes shops and restaurants (and only one stop light), which provide a nice stopping point for travelers in the area.

There are about 1,700 people who live in Choteau.  It is the county seat of Teton County with a population of 6,000 people.  It is the largest town between Glacier Park and Great Falls on the major route US Highway 89.  Recreation is a cornerstone to Teton County.  There is a alpine ski resort on the Lewis and Clark National forest about 40 miles west of Choteau, as well as numerous trailheads and access points to the National Forest nearby.  If fishing is an interest, there are natural and irrgation lakes as well as several rivers with various fishing style options.  Big game and bird hunting are a big deal in the fall, as we have ready access to wild country as well as superb upland bird habitat.  Rock climbing has progressively become more popular and we have some special climbing areas around Blackleaf canyon for the climbers.   The Visit Choteau website is a great resource for information and activities in the immediate area. 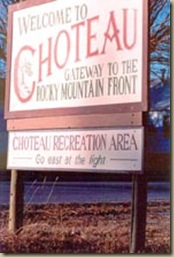 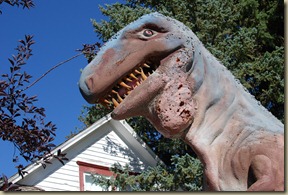 If you or your kids are interested in dinosaurs, you are going to love Choteau. The town is one of the stops on the Montana Dinosaur Trial.  We are near Egg Mountain, one of the most important paleontology sites in the world. You can visit a Maiasaura (the Montana state fossil) at the Old Trail Museum in town. The museum also showcases the Egg Mountain find along with a commentary on the significance to the paleontology world.

Just a few miles north of Choteau is the Two Medicine Dinosaur Center, which has the first infant Maiasaura bones from Egg Mountain and a reconstructed life-size Siesmosaurus (the largest in the world according to the Guinness Book of World Records).   This is an absolute "must-see" if you have a couple of hours due to the rich pre-historic history of the area and the real time exploration/disoveries that the Two Medicine team is undertaking.

The first Europeans to explore this part of the country were French fur trappers.  They named many of the local landmarks including the Teton River, Dupuyer, Choteau, and many other places.  The townsite evolved from the original name of a fur trapper and explorer named Pierre Cadet Chouteau Jr. In the mid-1800s, Chouteau Jr. established Fort Benton as the last fur-trading post on the Missouri River about 150 miles east of us.  Choteau originated as a fort (stockade) and Indian agency, known as "Old Agency," [referred to as the "Four Persons" Agency by the Blackfeet Nation] north of the present townsite 1868-1876 near the Teton River. By 1876 the Blackfeet Reservation boundary was changed and the agency was relocated north of Birch Creek on Badger Creek, (the Running Crane Agency.) In 1880 Old Agency was a hamlet of white men who had married Native American women, some Blackfeet, and some Metis who lived there with their mixed-blood children.  By 1883 the current townsite was established at the "Big Bend" of the Teton River and pioneering stores were established.

Today the area around Choteau is rich in early American West history. The remote nature and low population density have kept many early buildings, landmarks, and other historical sites largely visible. 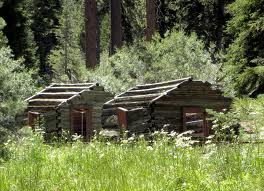 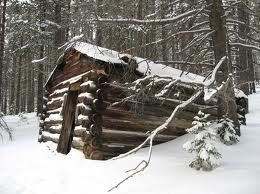 Choteau is strategically placed midway between Glacier and Yellowstone National Parks, two of the premier park destinations in the West. Many of our guests tie a visit to one or both of these parks to their wilderness summer pack trip with us. 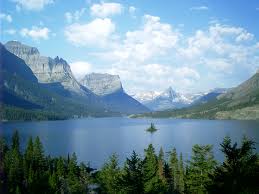 Glacier National Park is the center of one of the largest and most intact ecosystems in North America.  The boundry between Glacier and the Bob Marshall Wilderness is largely a 200 yard corridor for US Highway 2 and a railroad track.  Glacier has great amenities for visitors, including boating tours, hiking tours, and turn of the century chalets.  The views from the Going-to-the-Sun Road over the Continental Divide are extraordinary and so popular that you'll often experience heavy traffic in the park.

Yellowstone National Park is a cherished part of Wyoming and Montana. Its natural splendors give visitors an up-close-and-personal glimpse of what the continent was like in the days before recorded history. With more than two million acres of sprawling wilderness to explore, Yellowstone stands as one of North America’s greatest assets — and it’s open year-round for visitors to enjoy.

Both Glacier and Yellowstone are amazing national treasures and if time permits they are well worth the short drives to visit them. 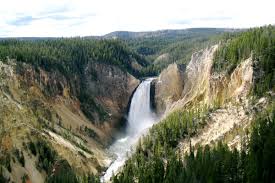 Choteau has several highly regarded lodging and restaurant establishments.  The Stage Stop Inn is a remodeled hotel with modern amenities and centrally located in proximity to all of our facilities.  We recommend staying here the night before your trip departs.  The proprietors are local families like ours, and meet you with the western warmth and hospitality. While the Haas' take care of you on your pack trip, many of our guests want to arrive a day or two before the trip, or stay after, to explore the area. There certainly are plenty of opportunities nearby to keep you busy. 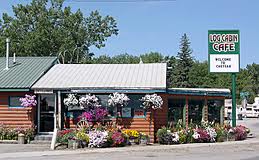 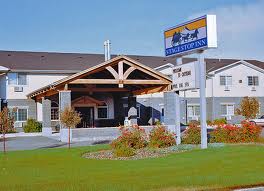 Choteau has been at the forefront of the old-west settlement since the 1860's and has seen its share of settlers, trappers, cowboys, and Indians as history has unfolded. The first fort (stockade) and Indian agency, known as "Old Agency," [referred to as the "Four Persons" Agency by the Blackfeet Nation] was located from 1868-1876 near the Teton River, three miles north of the present city of Choteau. By 1876 the Blackfeet Reservation boundary was changed and the agency was relocated north of Birch Creek on Badger Creek, (the Running Crane Agency.) In 1880 Old Agency was a hamlet of white men who had married Native American women, some Blackfeet, and some Metis who lived there with their mixed-blood children. In 1883 the land around Old Agency was sold and Isaac Hazlett platted the townsite of Choteau three miles south and moved the Hamilton and Hazlett store there.

© Copyright 2020  by A Lazy H Outfitters. All Rights Reserved.